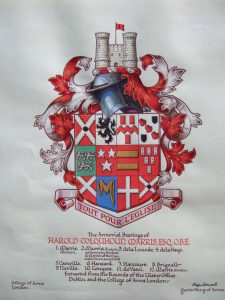 The quarterings are as follows (L to R, top to bottom):

Argent a lion rampant sable armed and langued (Marris Ancient). These arms were borne by Herbert de Marisco at the Dunstable Tournament 1308.

Azure a maunch or (Conyers)

And here is a pretty version: 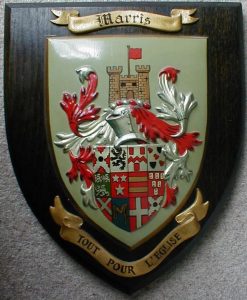